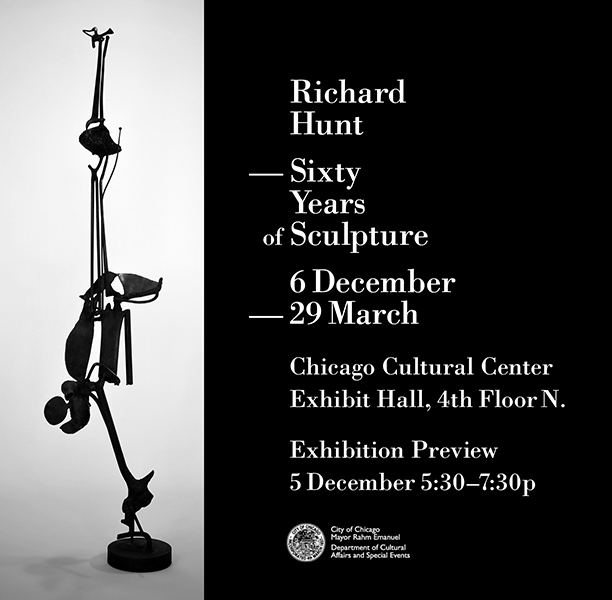 Richard Hunt: Sixty Years of Sculpture celebrates the career of the respected and prolific Chicago sculptor on the eve of his 80th birthday. The exhibition features 60 objects dating from 1954 to 2014, drawn mostly from the artist’s own collection. Born in Chicago in 1935, Hunt attended the School of the Art Institute of Chicago and was honored with a one-person exhibition at the Museum of Modern Art in 1971. Since that time, he has worked in the same Chicago studio, producing over 125 commissions of public sculpture for cities across the U.S. In 2014, Hunt was among the first recipients of the Fifth Star Awards, honoring Chicago artists whose careers have most deeply impacted the cultural life of the city.

A conversation between the artist; Naomi Beckwith, Marilyn and Larry Fields, Curator; and Daniel Schulman, Director of Visual Arts, Department of Cultural Affairs and Special Events.

An insider’s guide to Richard Hunt’s studio practice, materials and processes. A conversation between the artist and his colleagues.