Chicago-based sculptor Richard Hunt (b. 1935) is best known for his public commissions sited in more than 125 parks, schools and public areas across the nation, including the intersection of 125th Street and Morningside Avenue in New York, where the abstract forms of his Harlem Hybrid (1976) seem to draw together elements of the surroundings while creating a dynamic environment of their own.

Richard Hunt: Framed and Extended explores three lesser-known but integral aspects of Hunt’s art—printmaking, small-scale sculpture and wall sculpture—that share a vocabulary with the public commissions and express the same sense of lightness and vitality. The exhibition’s title, drawn from one of Hunt’s wall sculptures, testifies to the artist’s practice of sculpture as the three-dimensional counterpart to drawing.

The exhibition brings together some seventeen works that span Hunt’s career. These range from the bold, angular lines of his print Untitled (1965) and the sweeping, gestural combination of abstracted organic forms and hard-edged geometry in the freestanding Hybrid Form #3 (1970) to his Wall Piece Two and Wall Piece Seven (both 1989) and the recent freestanding Spiral Odyssey II (2014). 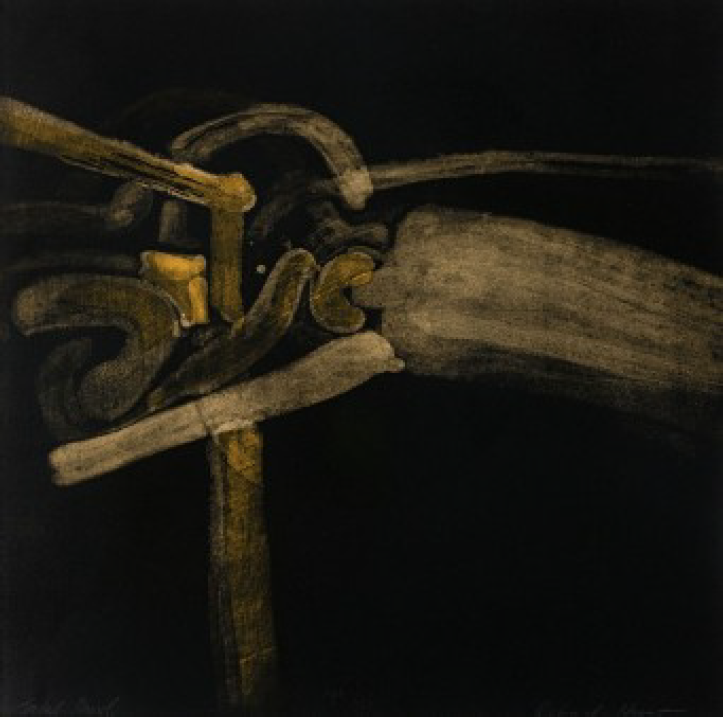